The Motoplat VC-09ST is the world’s first aftermarket tester/calibrator for Valeo ST-series alternators. These are start/stop reversible alternators which also have the function of charging the battery and starting the engine.

Till now, there is only one known instrument that can diagnose and test the Valeo ST35 series reversible alternators: The VC-09ST bench top tester, produced by MOTOPLAT.
The VC-09ST calibrates the electronic signals to the control box in connection with the ECU for a reliable and fast start. The VC-09ST tests all of the functions of the alternator, like the parameters.

Depending on the rotor position, the phase switching control system requires, that after such an alternator is repaired, the Hall sensors should be properly positioned. Otherwise, the generator won’t have enough power to rotate the crankshaft.

On the screen of the tester, you can check whether their position is correct or not. On the screen will appear an oscilloscope graph of the signal received from the Hall sensor (the rectangular wave) and the one of the phases. The correctness of the Hall sensor’s position is displayed on the basis of points where both waves intersect each other. 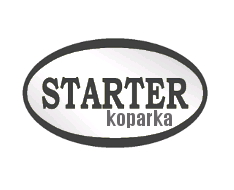